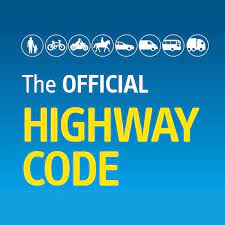 The Highway Code is changing on 29th January 2022. Make sure you know about the new rules and don’t get drawn into the sometimes toxic narrative led by the media and the powerful motoring lobby

There has been a lot of vitriolic comment around about these new changes, whipped up by the media, of course, telling untruths about cyclists being told to ride “in the middle of the road”. What utter nonsense.

There is very definitely a problem on our roads with congestion and aggression and health issues abound due in no small part by people using cars as their first and only transport option. If you can’t see and understand that, then you need to open your eyes.

The changes are sensible and designed to try to encourage all road users to be more responsible and less aggressive. Doesn’t that sound good? The changes we are making are common in most European countries – go and ride a bike in Belgium and see how much more pleasant it is than the current state of hostility on the roads in the “United” Kingdom.

There is an undeniable problem, let’s try to fix it together, not push each other into Brexit-style polarised, tribalalised finger-pointing warring factions.